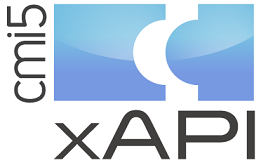 The most commonly used mechanism for deploying xAPI-based learning content with an LMS does not have interoperability beyond launch and access to the LRS by the content –more is needed for any practical implementation. The cmi5 specification addresses this need and is therefore recommended by the US Dept. of Defense (See DoDI 1322.26 - https://adlnet.gov/dodi/dodi-xapi)

The xAPI specification makes no mention of an LMS as it was intended to track training activities beyond the LMS. In the absence of a defined specification for packaging and launching xAPI activities from an LMS, early in life cycle of xAPI (2013), a quasi-de facto mechanism was created to fill the void. This mechanism is based on a document titled “Incorporating a TinCan LRS into an LMS” (https://github.com/RusticiSoftware/launch/blob/master/lms_lrs.md). While the TinCan packaging mechanism is very thinly defined and is not an ADL specification, it has, unfortunately, been widely adopted in the Learning industry.

To address this, the ADL Initiative and the Aviation Industry Computer-Based Training Committee (AICC) jointly created the cmi5 specification. ADL actively maintains cmi5 as an xAPI profile that defines the “LMS launches content” use case. cmi5 is implemented using the Experience API (xAPI) as the content-to-LMS communication layer. cmi5 provides many elements that the TinCan package does not support:

Note: There has been some confusion on the use of the terms “xAPI” vs. “TinCan” with relation to the packaging of xAPI content for an LMS. This “TinCan package” is not defined in the xAPI Specification and the only known documentation is in the document discussed above. Therefore, for the remainder of this document we will refer to that package as “TinCan”.

The following table provides a high level comparison of TinCan to cmi5 for learning & development professionals who develop/deliver TinCan content.

The TinCan package specification does not have any normalizing rules for xAPI usage. The TinCan package only normalizes the launch, LRS connect information, and XML metadata describing statements that the learning activity makes.

The cmi5 course structure can include a mastery score for each AU. Depending on the LMS feature set, the mastery score can be overridden/modified by the LMS administrator after the course structure is imported. The TinCan package does not have definition for mastery score. The ability to set Mastery Score allows the LMS to determine passing or failure of judged activity in the AU (if the AU has scoring).

cmi5 includes a “move on” criteria that defines specific verb patterns that must be received in order to receive credit for a lesson. For example, the course structure could define that a given AU requirement is satisfied if a Completed or Passed verb is sent by the AU. It is also possible to define an AU as being “optional” to the completion of a course. The TinCan package has no defined completion criteria.

Is an ADL Initiative or standards organization specification.

The cmi5 specification was jointly developed by the ADL Initiative, the AICC, and other industry experts. The spec was developed through a series of open meetings and reviews over a period of several years. The cmi5 specification is a xAPI profile that is fully integrated with launch and packaging rules for LMS delivery of content.

The TinCan package is an informal proposal document that was created at the initial release of the xAPI specification. It has not had formal reviews and extensive community/industry input.

Defined use of the xAPI “Result.Score” property.

The cmi5 specification is a xAPI profile that defines usage of Result.Score for specific verbs including scaled, raw, min, and max values. Result.Score important for judging mastery or comprehension.

The TinCan package has no rules defined for Result.Score usage.

Defined use of the xAPI “Result.Success” property.

The cmi5 specification is a xAPI profile that defines usage of Result.Success for specific verbs. Result.Success important for judging mastery or comprehension.

The TinCan package has no rules defined for Result.Success usage.

Defined use of xAPI “Result.Duration” property.

The cmi5 specification is a xAPI profile that defines usage of Result.Duration property for specific verbs and guidance for time calculation. Result.Duration is important for calculating time spent in learning activities.

The TinCan package has no rules defined for Result.Duration usage.

Defined use of the xAPI “Result.Completion” property.

The TinCan package has no rules defined for Result.Completion usage.

The cmi5 specification defines a standard verb that indicates that an AU has been satisfied by alternative means such as manual override (e.g. instructor discretion). This is very a useful feature for defining “testing out” scenarios in the LMS to skip AU’s in a course. It can also be used if the instructor has other reasons to believe (such as documentation) that the learner has already mastered the content.

The TinCan package has definition of “waive” features.

Requires use of the xAPI “Context.registration” property

Allows launching and tracking of multiple AUs in a course

The cmi5 specification requires the LMS to support courses with 1 to (at least) 1000 AU’s. This allows for a large, hierarchical structure of course elements (AUs) that can be reused and recombined in other structures in an interoperable manner. The TinCan package only allows for one launchable activity.

Is conformant to the xAPI Specification

The TinCan package, by adding additional parameters in calls to the xAPI Statement API, will fail LRS Conformance unless a specific “allow list” exception is made. In addition, the LRS action expected based on these parameters is not thoroughly defined. This creates many interoperability issues. cmi5 has no features (or requirements) that conflict with the xAPI specification. LRS’s that support cmi5 can pass the xAPI conformance test without such conflicts.